Summer's Gone, and the World's a Darker Place

I found out this morning that a student of mine passed away. Her name was Summer, and she was one of my very favorite students. She was just 23 years old. I usually don't get very emotional, but I've been crying all day. I need to tell you why. It's just so fucking awful, unfair and shitty. Fuck.

A few weeks ago, Summer started feeling sick, and thought she had a cold. It didn't go away, so finally she went to the doctor. They told her it was a cold, too. A couple of days later she collapsed, and she flat-lined. She was rushed to the hospital, where they were able to revive her. She was unable, beyond that point, to do much more than blink, but they thought she was still "in there," and able to communicate through blinking her eyes. That might or might not have been true, as they later found out she'd incurred some brain damage while her heart was stopped.

They moved her to Emory University Hospital, in Atlanta. I've been waiting and trying to follow her situation since then, but getting the news through second and third-hand sources. I'd been waiting and hoping for the situation to turn around. It didn't. It got worse. She finally was diagnosed as needing a heart transplant. Then, they discovered that she was allergic to the blood thinners she'd need to make such a procedure viable. In the end, there was nothing anyone could do to make her better.

When I met Summer, she was a major in my department. As I got to know her, mostly during the few classes she took from me, I found out that she was a deeply weird person. Not surprisingly we developed a mutual appreciation, and she took more of my classes, the last of which was Advanced Public Speaking. In that class, I ran a game/simulation called Romans... in Space! She played a character named Numeria Ulpia Crispa, and boy did she play it to the hilt. She was funny and mischievous in her play, making me and everyone else laugh at how far she'd take it. At one point, when the head of the Ulpius family was absent from class, she took the initiative to establish a new family business: a porn store. She was so very pleased with herself, and couldn't wait to tell Colin, whose absence she'd exploited for her own amusement. Why? Because it was funny. I loved that about her.

Here's what I learned about her, over the couple of years I knew her. Summer was on her own in the world, except for her boyfriend. She was estranged from her parents, who were alcoholics and addicts. She'd left home when she was very young, and supported herself working the kinds of jobs someone without a degree can get. She worked full time at a coffee shop, usually opening at 5:30 a.m., so she could attend classes at the university. She'd recently completed an internship where, if I'm reading things correctly, she made a bunch of new friends and really impressed her boss. That's pretty typical. It's just how she was.

As a professor, I try really hard not to play favorites. I try to treat every student with respect, caring, and honesty. I try to be fair (but kind) in my evaluations of their work, and to help them get where they need to go, from wherever they might start. Some care about their work, and some don't. I really appreciate the ones who do care. Summer was one of them. She was never the best of my students, academically, but she sure as hell was one of the best people. There's a lot of shitty people in this wicked world, and it's just so fucking unfair that she was the one who got this.

She was a great person to have in the classroom, always present and engaged. She had some struggles with writing. She wasn't a strong writer, despite being smart and articulate. But she took her lumps, grade-wise, and payed attention to the feedback I gave her. She never got discouraged. She was getting better, bit by bit, and I know she knew it. It fucking kills me that she never got to a point where she was able to feel like she was a good writer. Maybe I'm just projecting my own concerns, but I think she would have relished the accomplishment, and probably would have said something funny about it. I probably would have told her how proud I was of her, and that I knew how hard she'd worked to get there. And she would smile, because she always smiled; and I would smile, too. Now we won't get the chance to share that moment, and I am so filled with sadness right now that I can hardly bear it. 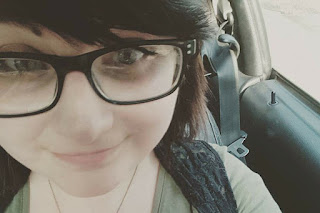 Summer, you were a really sweet kid. I loved having you around, and in my classes. I hope that, in some small way, I made life happier for you, too. You left us far, far too soon. I will miss you, you weirdo, and I will always remember you. You were one of the good ones. I wish I'd had more time to be your friend.
Posted by Unknown at 2:14 PM